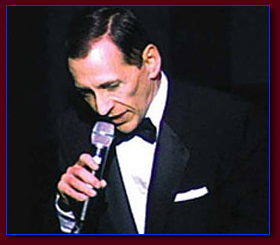 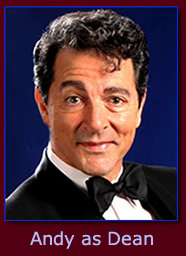 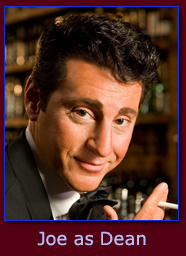 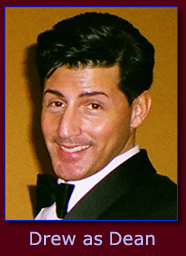 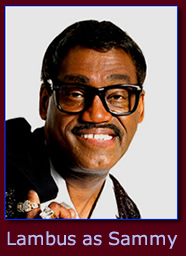 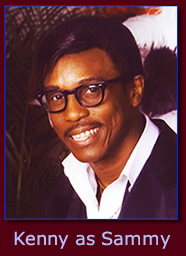 The Sands Hotel in Las Vegas was the scene of a major entertainment event as Frank Sinatra, Dean Martin, and Sammy Davis Jr. took the stage each night during much of the 60’s.  And now, their show is re-created in a most authentic way in this Rat Pack Tribute performed by these dedicated Rat Pack Impersonators Andy, David and Monty with the Rat Pack Tribute in Lancaster CA, outside of Los Angeles.

The Music of the Rat Pack Tribute. . .

This realistic Rat Pack Tribute features songs like Frank's I Get A Kick Out Of You, You Make Me Feel So Young, and Strangers In the Night. Included are Dean Martin tunes like You’re Nobody Till Somebody Loves You, An Evening In Roma, and Ain’t That A Kick In the Head, from Oceans 11.  And musically, the Rat Pack Tribute wouldn’t be complete without Sammy Davis Jr. songs like That Old Black Magic, Hey There, and I’ve Gotta Be Me. Monty, Joe and Lambus as the Rat Pack, performing in Seattle.

The Relationship and Interaction. . .

There's that playful Rat Pack interaction with these talented Impersonators performing together in duets and trios on top of their solos. Plus there’s comedy dialogue, lots of adlibbing, song parodies, and even audience involvement as these Rat Pack Impersonators take us on a trip back in time. Andy, Lambus and Monty under the famous Las Vegas sign except that we're actually in Phoenix - with a client from Chicago. Also pictured: Sue Nillson of Union Tank Car Co.

A Tribute Show for all Events. . .

This show has been staged for all kinds of events and can work in a variety of settings.  It’s a fun show audiences can’t get enough of, with a little something for everyone. The Rat Pack and Marilyn Tribute with Los Angeles County Sheriff from 1998 thru 2014 Lee Baca and his wife Carol.

What clients are saying...

You guys were AWESOME!
Everyone loved the show!
Thank you for making our
event so much fun!

We received several compliments
on a great performance by the Rat Pack.
Frank, Dean and Sammy added the
perfect touch for a successful evening!

In addition to the original Rat Pack live shows, the group made a series of films, the most famous of which was Ocean’s Eleven. The idea to film it originated with actor Peter Lawford, who had purchased the screenplay and brought it to Frank. Figuring it would be a good project for him and his pals, Frank put it in motion. Then, since all the action would take place in Las Vegas, Frank decided that he and his co-stars should film by day and perform at the Sands at night. He decided that the gathering on the Sands showroom stage would be a Summit, much like the political summit planned by World leaders at that time.

Once plans for the shows were announced, every hotel room in Las Vegas was booked. Each night, Frank, Dean and Sammy performed and partied on stage along with Joey Bishop and Peter Lawford. The shows were lively and unpredictable, and it’s those historic shows that are re-created today by Rat Pack Impersonators.