The Bio Of This Frank Sinatra Tribute Artist. Monty Aidem - From Radio to TV to on stage.

Monty started out with a career in broadcasting, as a radio personality in cities including Philadelphia, San Francisco, and Atlanta, and during that time he also wrote original comedy material for radio personalities around the country. After seven years on the air, friends influenced him to move to Los Angeles, where he became established as a TV comedy writer, with no idea he'd someday be doing a Frank Sinatra Tribute.

His first TV writing job was on a revival of the series “Laugh In”, whose cast included a young comic named Robin Williams.  Monty went on to write for TV specials starring Bob Hope and John Wayne, and the Dean Martin Roasts. Before long, he was a writer on The Tonight Show Starring Johnny Carson.  Later came other late night shows starring Alan Thicke, Joan Rivers and Pat Sajak, and Monty was Vicki Lawrence’s writer on her Emmy-nominated daytime talk show.  More recently, he wrote on ABC’s Radio Music Awards and the syndicated Hollywood Squares starring Whoopi Goldberg.  Monty also wrote for Frank Sinatra’s long-time opening act, comedian Tom Dreesen, and yes, on several occasions, for Mr. Sinatra himself. 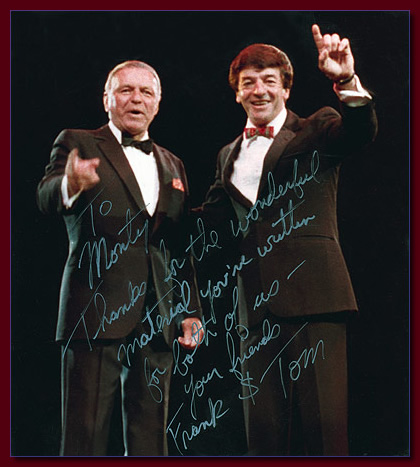 Now, Monty’s out there doing what he likes best, performing his popular Frank Sinatra Tribute. Monty sang Sinatra on The Mommies’ ABC TV series Caryl & Marilyn, and serenaded George Hamilton & Alana Stewart on the pilot for George & Alana. He’s been heard as LA's premiere Frank Sinatra Impersonator many times on KIIS-FM in Los Angeles, and on the internationally syndicated Rick Dees’ Weekly Top 40, as well as Gary Owens’ “Music Of Your Life”. 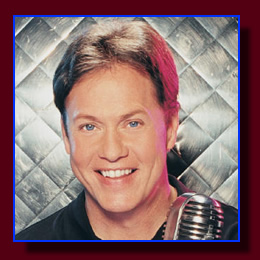 "You look & sound just like him!
Monty, you're the best!"
Rick Dees 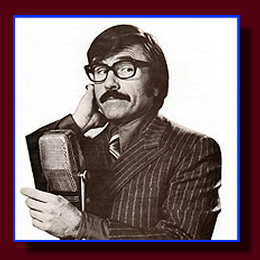 "Monty - You're the closest to
Sinatra I've ever seen!"
Gary Owens

From a frequent Sinatra co-star, one of the stars of TV's groundbreaking Laugh-In, and a regular on The Dean Martin Variety Show and The Dean Martin Roasts, the very talented Ruth Buzzi. . . 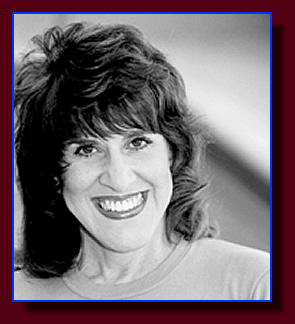 "Monty: Whenever I watch you do your excellent  tribute  to Frank, it warms my heart and memories come flooding back from those days past. You bring my friend back  to  me for a short time but what a great time.    Thank You, Monty, for keeping his memory alive." Tom Dreesen

And from Emmy Award winning actress and comedienne Vicki Lawrence and her friend Mama Thelma Harper of The Carol Burnett Show and Mama's Family. 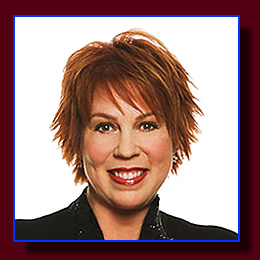 "Great tribute, Monty. You've
really got it down!"
Vicki Lawrence 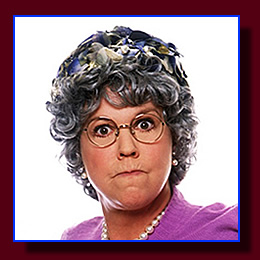 "Keep your day job and if you
don't have one, get one"
Thelma Harper

Monty has performed his Frank Sinatra Tribute all over Southern California, in Las Vegas, and across the country in casinos, theaters, resorts, and America's top hotels and banquet facilities. See the list of VENUES.

And read what audiences are saying at REVIEWS. A REMINISCENCE BY MONTY AIDEM

As a writer, I had the pleasure of writing comedy lines for Mr. Sinatra to use in Las Vegas, Lake Tahoe, St. Louis, at Florida's Sunrise Theater, and even New York's Radio City Music Hall. He wanted short observations about things in the News, which on one occasion as I remember, included a flood of managerial changes at The New York Yankees, the financial troubles of one Donald Trump, and a U.S. President who hated Broccoli, which in case you forgot, was President George Herbert Walker Bush. Mr. Sinatra maintained an office at that time which I visited, at The Samuel Goldwyn Studios in Hollywood, where things were managed by two wonderful ladies including Mr. S's longtime assistant, Dorothy Uelhmann, and another great gal named Sharon Sweeney.

SOME OF THE PEOPLE WHO HAVE PERFORMED MATERIAL WRITTEN BY MONTY AIDEM: